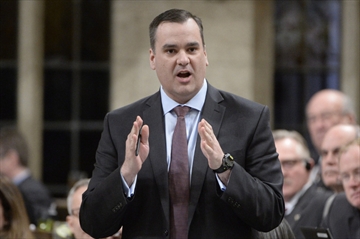 Canada's industry minister has warned that the federal government will take U.S. Steel Canada to court if it does not satisfy its obligations to pensioners.

"It is unacceptable that U.S. Steel Canada is abandoning these workers and their families," said James Moore in a statement released Monday.

"These obligations were not imposed on U.S. Steel Canada, but rather were the result of promises made to generations of workers who helped build the company, and indeed an entire industry in the heart of Southern Ontario."

Moore was responding to a court ruling Friday that allows the company to proceed without paying medical benefits or pension payments to retirees or property taxes to municipalities. The company, in the midst of restructuring under the Companies' Creditors Arrangement Act, says avoiding those payments is the only way it can make a go as its own entity.

It was also announced Friday that the judge had approved a plan by U.S. Steel Canada's American-based parent company, U.S. Steel, to sever ties with the Canadian operations. Part of the deal is that U.S. Steel will not be a bidder if there is a second effort to sell the operations in Hamilton and Nanticoke.

Moore says U.S. Steel Canada needs the tools to become profitable but "this should not ever mean allowing them to wash their hands of those to whom they should be grateful."

View all Blog by Mack Chen
View all Post by Mack Chen
Please Login to comment.
Statements and opinions expressed in articles, reviews and other materials herein are those of the authors; the editors and publishers.
While every care has been taken in the compilation of this information and every attempt made to present up-to-date and accurate information, we cannot guarantee that inaccuracies will not occur. FundPage, Inc. will not be held responsible for any claim, loss, damage or inconvenience caused as a result of any information within these pages or any information accessed through this site.
The content of any organizations' websites which you link to from www.FundPage.com are entirely out of the control of FundPage, Inc., and you proceed at your own risk. These links are provided purely for your convenience. They do not imply FundPage, Inc.’s endorsement of, or association with any products, services, content, information or materials offered by or accessible to you at the organization’s site.
All copyright and trademarks accessible via the links from www.FundPage.com are owned by the respective website owners, or their licensors.
FundPage shall also have the right to remove any contents posted at any time without cause as FundPage determines in its sole discretion.